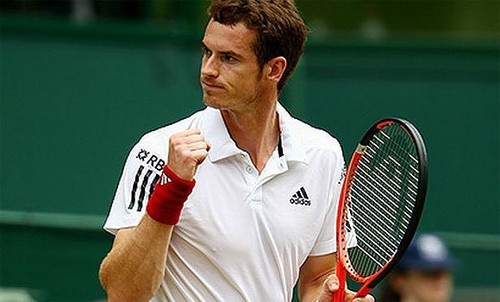 It's my favorite time of the year! It's Wimbledon season and I can actually write about it because tennis ace Andy Murray has followed in Novak Djokovic's footsteps and gone gluten-free!

He recently told reporters that in addition to feeling peppier in the morning, the diet has changed his outlook on tennis. "I think there’s a bit of difference in my approach to training and the diet. I feel pretty fresh," he said. "I slept seven and a half hours after playing both singles and doubles, but still woke up feeling fresh. The diet has given me more energy."

But the limitations can be frustrating at times. "I miss being able to pick up a menu and order what I want — like bread when you're waiting for your food to come…It can be quite frustrating when everyone else is dunking their bread in olive oil or smearing it in butter."

Perhaps Andy Murray's gluten-free decision will make him a powerhouse like Novak. The Croatia stud has been on a tear over the past year winning just about every major except last month's French Open (Rafael Nadal finally won again!). In 2011, Novak's nutritionist discovered that he was allergic to the protein found in common flours. Djokovic banished it from his diet and lost a few pounds. He says he now feels much better on court.